"I will protect the Goketsuji family in the past and future, it's clear!"

Solis R8000 (ソーリス=Ｒ８０００) is a character who made her appearance in Groove On Fight. Along with the rest of the characters in that game, she has not made any appearance in any other game in the series. She was depicted as the mascot of the game.

Solis is a young police woman from the year 2115. She was assigned to investigate the activities of a powerful organization of which is suspected of changing some events in the past for its convenience; in her investigation she discovered that this organization was responsible for the disappearance of some important families and financial groups 100 years ago; among these the Goketsuji Clan.

Solis remembered that the Goketsuji was related to her family, so by a DNA test, she confirmed that she is a Goketsuji descendant. Determined to protect her family, Solis travels to the past (the year 2015) to prevent the destruction of her clan. During the travel, her time machine had a problem and led her to a different point in time from her original destination. When she came out of the machine, she found herself in a laboratory. There, she met a mysterious scientist named Max Ax Dax. Solis asked to Max if he could help her to repair her machine.

Max was excited with the idea of working with such unknown and advanced technology, and decided to help her. While her machine was being repaired, Solis stayed in in the laboratory, trying to get in contact with the Goketsuji clan. One day, she finally managed to talk with Oume and Otane and told them that she was a Goketsuji descendant and that she needed to see them.

The twins responded that if she wanted to talk with them, she should participate in the Goketsuji tournament. One day later the invitation for the tournament arrived at the laboratory, along with the new rules that specified that each participant should participate with a partner.

With no other choice, Solis impulsively screamed: "Max! Do you know about the Goketsuji Tournament? Would you pair up with me?" 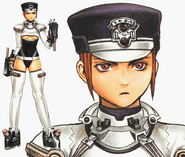 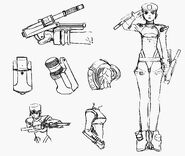 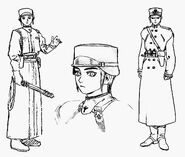 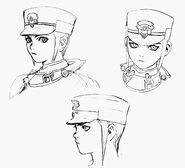 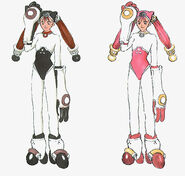 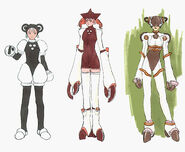 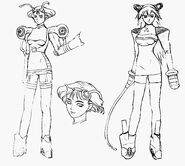 Add a photo to this gallery
Retrieved from "https://powerinstinct.fandom.com/wiki/Solis_R8000?oldid=6033"
Community content is available under CC-BY-SA unless otherwise noted.