This lovely and innocent looking little girl is the daughter of Kurara Hananokoji. Popura has learned from her mother all of her magic tricks and fighting techniques.

Her father has been traveling since she was a baby. Her dream is to see her father, so she decided to travel around the world with the hope to find him. Popura always takes with her a very special Teddy bear (Her father sent her that Teddy bear some years ago)

Although the appearance of Popura is similar to that of her mother, her fighting style is completely different being the use of magic and her outfit the only similarity between them. Like Kurara, Popura uses different costumes during the game, but unlike Kurara, who just changed her clothes in her victory poses,  Pupura  do it even during many of her attacks.

Popura and Remi study at the same school, and are very popular among the all students due to their magic abilities. However, they didn't know each other much at first, so some of their classmates introduced them to one another. Since then, they have been very good friends.

One day Popura invited Remi to her home to play and practice new magic tricks. While both girls were playing, Popura's mother was watching them, bringing back her old memories. At dinner time, she told them about her youth and the times when she participated in a tournament where the prize for the winner was a huge fortune.

Thrilled with the story of her mother, Popura investigated about that very tournament and found that the date for the next one was very close and that the rules said the tournament is for teams of two people. She immediately thought of Remi and asked her to participate with her. Remi refused, but Popura was eventually able to convince her.

Popura remembered that sometimes she heard her father was a martial artist. She hopes that by participating in the tournament, her father will recognize her on her journey. If not, at least she will earn the money to buy new friends for her teddy bear.

Popura is the character with the most victory poses in the game, there are seven in total and in each win pose Popura will use a different costume. The player can choose the pose by holding one of the 7 buttons used in the game (counting the start button) just a bit before the win pose occur.

None or Weak Punch: Gym clothes and Bloomers 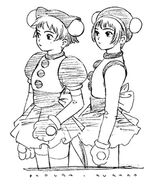 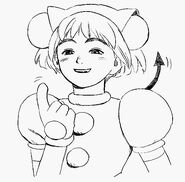 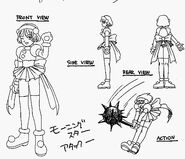 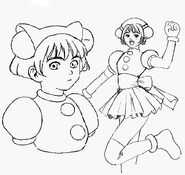 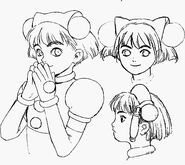 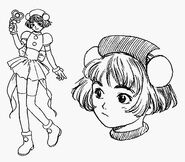 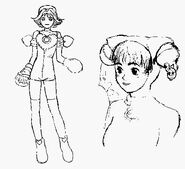 Popura with her mother Kurara
Add a photo to this gallery
Retrieved from "https://powerinstinct.fandom.com/wiki/Popura_Hananokoji?oldid=7623"
Community content is available under CC-BY-SA unless otherwise noted.