"Today's class is over!"

Larry Light (ラリー・ライト) is a character designed for the Power Instinct game series, namely Groove On Fight. Larry was voiced by Takeshi Yamane.

An intelligent, honest and optimistic man, for whom to find true happiness is more important than money or power. He also is very good with cultural conversations. Larry's partner is Chris Wayne, a conflictual young man. He once helped Chris from being arrested for vandalism. Since then, Larry has been Chris's tutor and friend.

Larry's father is a school teacher and his grandfather is a martial artist. They both strongly influenced Larry and he became an adventurer that travels through the world looking for knowledge. He participated on the Goketsuji tournament for the first time when he was 19 years old, being defeated by Oume in the finals.

Just when Larry was prepared to leave on a trip to explore certain antique ruins, Chris arrived and begged him to let him go with him on his journey. Immediately, Larry refused because he knows Chris very well and is aware of how problematic he can be. But eventually his persistence paid off and Larry allowed him to go on the condition he leaves all his weapons at home. Chris accepted the deal, but he secretly took a knife that he always has with him, hiding it from Larry.

After a day of working on the ruins, Larry headed to the hotel room where he and Chris were staying and found a letter on the floor. The letter was from Oume, who was inviting him to participate once again in the Goketsuji tournament. Larry noticed some changes in the rules and that it is required to have a partner. At that very moment, Chris arrived and saw the invitation. He told Larry that he is also a Goketsuji descendant and if he agreed he could be his partner for the tournament. 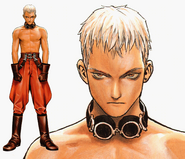 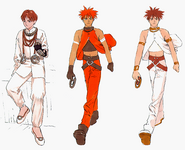 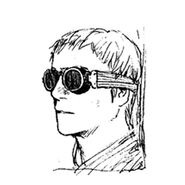 Add a photo to this gallery
Retrieved from "https://powerinstinct.fandom.com/wiki/Larry_Light?oldid=7421"
Community content is available under CC-BY-SA unless otherwise noted.