"You may call me Miss Kurara."

Kurara Hananokoji (花小路 クララ, Hananokouji Kurara), is a character in the Power Instinct series, having made her debut in Power Instinct 2 and has been a recurring character since. She was designed by Range Murata, and in her first two in-game appearances she was voiced by seiyuu Kotono Mitsuishi, best known for her role as Usagi Tsukino of Sailor Moon. Clara has become one of the more recognizable characters in the series, having gained enough popularity to star in her own spin-off game, Purikura Daisakusen as Kurara Apricot (クララ・アプリコット), and made a guest appearance as a hidden character in a console port of another Atlus fighting game, Heaven's Gate.

Kurara's design was inspired mainly by the anime series Sailor Moon and Creamy Mami, in which young girls gain magical power using a Magic Wand and also gain the ability of transforming in alternate forms of themselves.

Kurara was a normal girl, until one day she met a wizard that lives in her city. She then began to visit the wizard everyday to talk and help him with his home duties. The wizard, grateful for Kurara's help and company, gave her a golden wand that allows its owner to use special magic.

With an independent and extravagant personality, Kurara is a bit ambitious and capricious at times and has sudden mood changes, but that is quite normal for a 13 years old girl that is uneasy about the future. She likes money, enjoys traveling around the world, and highly dislikes poverty. Her favorite animals are pigs and her ideal man would be  a handsome man with lots of money that would listen everything she wants to say.

She considers herself as a late riser and in her free days she usually gets up at eight o clock in the morning. When Kurara has time to relax, she enjoys drinking tea at her home's balcony having deep thoughts,like what kind of man will be her houseband.

On afternoons, Kurara usually hangs out with her friends Keiko and Aya. They like to go shopping together. Kurara says that Keiko and Aya are as cute as herself. In her school life she is doing pretty good, her favorite subject is japanese literature and the last book she read (by the time of Power Instinct 2) is Kokoro from the author Soseki Natsume. Kurara learned the importance of foreseeing after reading this book. Kurara thinks that she is smart enough to be accepted into the Tokyo University.

By the time of Power Instinct 2, Kurara showed some kind of interest for three boys and they are:

Shinichi: Kurara likes to go shopping with him. Shinichi is rich.

Kenji: Kurara likes to go to parties with Kenji, who, according to Kurara, is handsome.

Hidaka: When Kurara feels stressed or tired, she likes to spend time with Hidaka. Hidaka is a masseur.

Among her multiple goals, she wants to become the Goketsuji leader and be rich, travel to Egipt, get a luxurious tiara and meet a wonderful man while traveling.Her ideal date would be having dorayaki with the man of her dreams in front of the Parthenon.

Kurara lives in Yokohama, from the window of her room can be seen the harbor view park of Yokohama. Near her home there is a foreign cemetery, she can get there in ten minutes by walking. Kurara has an older brother named Mitsugi who is 12 years older than her, but despite the age difference they have a very good relationship.

Kurara's dream is to become a beautiful bride, but first she has to find her ideal man. She participates in the Gouketsuji tournament to earn the money to travel around the world to find the prince of her dreams.

After having failed in the previous tournament, Kurara is willing to make a second try by winning a world tour.

The Matrimelee tournament seems to be the perfect opportunity to make her dream come true. The prize is getting married to a prince. Kurara accepted the invitation for the tournament, thinking that the Prince would be handsome...

Being a girl that wants to do a lot of fun stuff, Kurara signed in for the Bonnou no Kaihou tournament immediately, in order to win and fulfill her dreams.

Kurara feels that the festival is a good chance to find a rich handsome boy, so, pulling out her magic wand, she prepares to join into the tournament.

In Purikura Daisakusen she appears as Kurara Apricot, the princess from a peaceful kingdom called Miracle World. In the story, Clara was on a journey in another world, and when she returned to Miracle World, she found her kingdom invaded by an army of machines. Clara later meets with her sister Kirara and her brother-in-law, Grey. They inform her that Queen Urara (Clara and Kirara's older sister) was kidnapped by the leader of the Scrap Empire. Together, they start a mission to restore the peace in Miracle world and to rescue the queen.

Kurara has a slightly different design and a couple details in her profile that differ from the main series (such as her birthplace, age, and height) but overall she remains the same and her bio confirms that when she stays on Earth she uses the identity of "Kurara Hananokoji". However, her two sisters don't appear in the genealogic Goketsuji tree. Mitsugi, Kurara's brother, and their mother, Tomiko, are also not mentioned in Purikura Daisakusen, so it's not confirmed if the events in the game are canon in the series' main storyline, or is just an alternate reality for Kurara.

Kurara appeared as a hidden selectable character in the console port of Heaven's Gate. However, there is not official story or ending for her, just a small profile with information that seems to came from Purikura Daisakusen(her age and her birthplace) although her lineage is listed as Hananokoji.

Her fighting style and moveset are completely different to those from the Power Instinct series. She is more like an alternate costume for Nanase (another playable female character) than her own character, sharing most of her moves (but with different names) and special effects. Also, her two portraits are reused artworks from Power Instinct 2 and most of her voice samples are from Purikura Daisakusen. 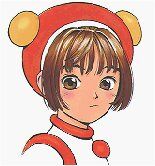 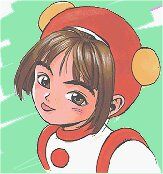 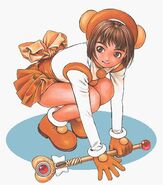 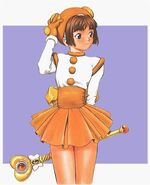 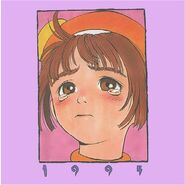 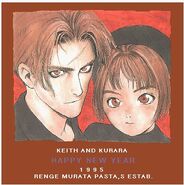 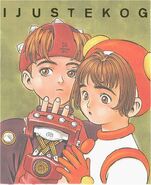 Clara as she appears in Purikura Daisakusen

Screenshot of Clara in Heaven's Gate 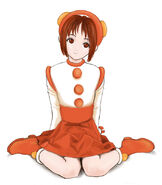 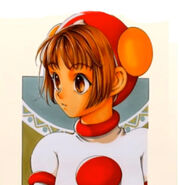 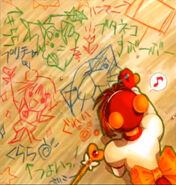 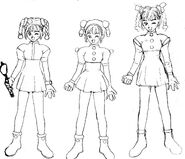 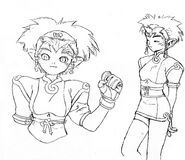 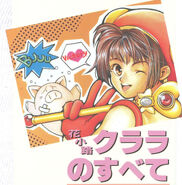 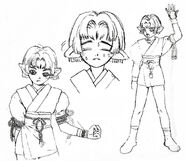 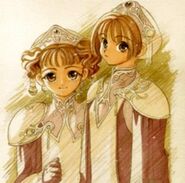