Falco (ファルコ) is a character who appeared in Groove On Fight.

Falco is an expert at any kind of game (Poker, mahjong, etc). He usually is a very nice person and likes to make jokes, but when he is gambling he always has a serious and disturbing expression on his face.

Falco met the Gouketsuji twins one night while he visited a casino property of Otane. There he played poker against Oume, resulting in an overwhelming victory for Falco. Angry over her defeat, Oume attacked Falco, who was easily able to evade most of her attacks thanks to his ability to read his opponent's mind. Otane, who was watching the fight and was impressed by Falco's fighting skills, stopped Oume and asked Falco to team up with them in the Gouketsuji tournament in exchange for a monetary reward. 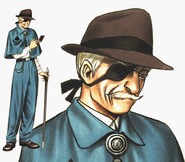 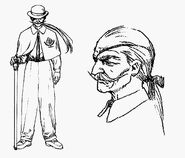 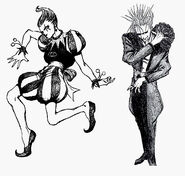 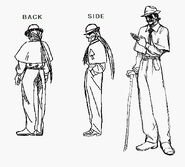 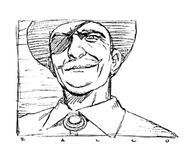 Add a photo to this gallery
Retrieved from "https://powerinstinct.fandom.com/wiki/Falco?oldid=8513"
Community content is available under CC-BY-SA unless otherwise noted.